Described by WWF as ’the best-managed edible birds’ nest cave in the world’, Gomantong Caves in the heartland of the Gomantong Rainforest Reserve have been the focus for birds’ nests for centuries.

Since the 13th century, Chinese traders have come to Sandakan in search of birds’ nests, a prized delicacy among the Chinese and found nearly 100 metres up on the ceilings of the Gomantong Caves. Harvesters put their lives on the line literally, climbing networks of rattan ladders and ropes to get to the nests. The risky nature of nest collecting has only helped made the commodity a pricey one.

There are two cave complexes - Simud Hitam (Black Cave) soaring up to 90 metres high and the more accessible of the two, and Simud Putih (White Cave), where the more valuable nests are found. Simud Hitam is a 5 minute walk from the registration centre. A well-maintained boardwalk gives you easy access to do some exploring or watch the skilled harvesters at work.

The resident creatures of the caves include swiftlets (from which the nests are collected) and bats among others. Outside, other birds such as serpent eagles, bat hawks and kingfishers can be seen. You might even spot an orangutan or two. You will need to make prior arrangements for exploring the more challenging Simud Putih which calls for more serious caving.

Facilities include a picnic area as well as the Gomantong Rainforest Chalet which can accommodate up to 30 people a night.

Stretching 560 km from the Crocker Range in the southwest of Sabah to the Sulu Sea in the east, the Kinabatangan River is the longest river in Sabah, sustains one of the world’s richest ecosystems. The surrounding areas along the river consist of five distinct habitats - dipterocarp or dry, waterlogged and limestone forests, and freshwater and saline swamps. The lower basin of the river itself is the largest forest covered floodplain in Malaysia and has the largest concentration of wildlife in the South East Asian region.

Other than being home to Borneo’s indigenous orang utan and proboscis monkey, the surrounding forest is also one of only two known places in the world where 10 species of primates namely Proboscis monkeys, langurs, macaques, orang utan, slow loris, western tarsier are found. All the 8 species of hornbill such as Rhinoceros Hornbill, Pied Hornbill, Black Hornbill, Helmeted Hornbill (50kg, 120cm) also found in Borneo make the area their home. Besides, there are many more wildlife found, eg. kingfishers, bubuls, trogons, flycatchers, sunbirds, broadbills, herons, mangrove snakes, vipers, estuarine crocodile, asian elephants and etc.

A trip up the river at dawn or dusk is the best opportunity to see the wildlife. You might even sight an Asian elephant or a Sumatran rhinoceros wandering through the trees. Optional tours can be arranged for night safaris as well to spot crocodiles, birds and nocturnal animals. 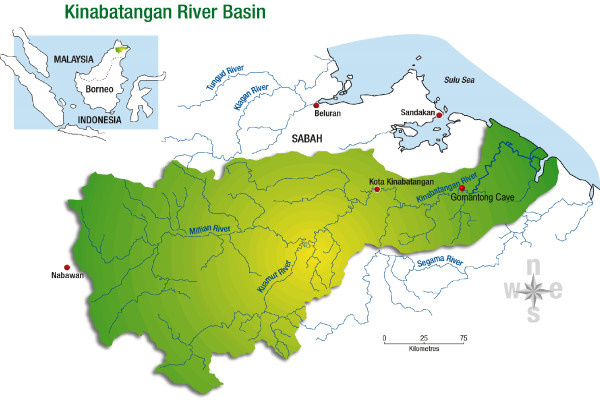 * The itinerary is for reference only, it subjects to any necessary changes in accordance to local requirements.

No advance payment is required, simply pay cash in Ringgit-Malaysia to tour guide. However, you still need pay in full for any cancellation made 1 day prior to tour date.

Accep Visa and MasterCard credit card, Malaysian bank transfer, Paypal, FPX, Alipay. 2.3% surcharge apply. Please be noted that 2.3% processing fee is non-refundable in case there is cancellation 3 days after the payment made.

Please request bank staff to calculate equivalent amount in USD before Telegraphic Transfer (T/T) to Malaysia. It takes 3 days to reach us. No 2.3% surcharge but you have to bear both side banks charges. The balances will be paid to either side as the case may be.

How may we help you?